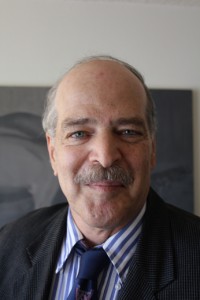 The riddle of the sphinx

This week’s events in Egypt have a direct effect on local poets. Local instability on gasoline, transportation, languishing naval tankers on the Arabian Gulf and Suez Canal could cause an upward price spike on oil. Things are stable now with prices actually going down over the past six weeks.
Current reports from Yusuf Ibrahim, former reporter for the New York Times and the Wall Street Journal, indicate a genocidal slaughter of hundreds of Coptic Christians this week. The reports indicate 58 churches, several monasteries and convents burnt to the ground, some with worshipers still inside.
Where is the U.S. Administration policy on this? Why is there no protest from the Christian church leadership? Where are there Christian protesters? What are religious people to think in these times?
The Muslim brotherhood was and has been at times of government neglect of the poor, a substitute social service network for medical care, food for families and serves as a local court on community affairs, thus it commands local political power with ample power from trained and well-armed militias.
Ironically, during World War II, both Gamal Abdel Nasser and Anwar Sadat were both members of the group. These two men were the first post-World War II leaders of Egypt. Sadat would be assassinated by the group at a military private review after signing the Camp David Accords with President Carter.
For the first time in years, other editors and writers took a shot at the Obama administration and Hillary Clinton’s presumed coronation as the next presidential candidate. An unexpected negative source of publicity even appeared in newspaper editorials published in the New York Times.
One of my favorite female editors at the New York Times has to be Maureen Dowd. This columnist’s style has wit along with flamethrower prose and a firm fanatical allegiance for the far-left at the paper of record. She tore into the Clintons’ outrageous speakers’ fees for speeches given recently by Bill Clinton in Israel. The ex-president charged a cool $500,000 to speak at the 90th birthday party of Shimon Peres. Hillary only charges $200,000 by comparison.
Then, Rolling Stone Magazine got into it bashing misuse of the Clinton Foundation funds. The always-on-the-administration-side website POLITICO.com charged the Clinton administration with spending $60 million on travel expenses with more than $17 million lost to cronies and unaccounted expenses.
All this new angst from unexpected sources could cause some re-election speed bumps for Senate elections in 2014.
We will leave our fellow poets with this cautionary tip: “If you are visiting anywhere near Sea World or the San Diego mayor’s office downtown, keep a close eye on grandma, for the mayor may yet appear.”
Robert Rosenblatt is a longtime Whittier resident and staff writer at 411whittier.com. Write to him at rrosenblatt@411whittier.com