I hope you were as encouraged as I was last week to hear that the Supreme Court took a stand for the religious freedom of family-owned businesses in the Hobby Lobby case.

At PJI, we noticed another positive aspect of the decision that will benefit churches. (Since the nuance that I’m going to explain next was completely overlooked by the media, I would encourage you to forward this e-mail to your pastor and make sure he is receiving our updates.)

The Supreme Court ruled that Hobby Lobby’s owners were protected by a federal law called the Religious Freedom Restoration Act (RFRA). In the process of interpreting that statute, the Supreme Court pointed to a related law, the Religious Land Use and Institutionalized Persons Act (RLUIPA). This caught our attention because PJI has represented countless churches under RLUIPA and won one of the leading cases in this area at the Ninth Circuit Court of Appeals. We have used RLUIPA successfully on many occasions to help churches overcome opposition from local officials who do not recognize the value of churches and would rather have their properties used for tax-producing businesses like bars or nightclubs.

So here’s the good news: as part of its Hobby Lobby decision, the Supreme Court stated that federal protections of church property rights go even further than the First Amendment. This is exactly what we have been arguing in case after case for more than a dozen years! And it is the opposite of what has been argued by leading opponents of church property rights. We expect this little-noticed holding of the Supreme Court to have some very positive implications for years to come.

If you become aware of any pastors or churches that are encountering hostility from local officials in the process of trying to expand or relocate their facilities, please let them know that PJI provides free and highly effective assistance in this area.

At PJI, it is our mission to clear away legal obstacles so churches and ministries can focus on what they do best – reaching people with the Gospel. It is our privilege to serve pastors and the people of God.

By Douglas McArthur (as passed along by Thomas M. Boles, Ph.D)

Nobody grows old by deserting his ideals. Years may wrinkle the skin, but to give up wrinkles the soul. Worry, doubt, self-distrust, fear, despair, these are the long, long years that bow the head and turn the growing spirit back to dust.

In the central place in your heart, there is a recording chamber, and so long as it receives the message of beauty, hope, cheer and courage, so long as you are young.”

Former Roadrunner makes it to the “Bigs” 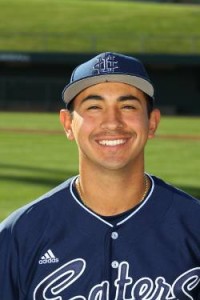 Pitcher Andrew Morales gets drafted by St. Louis Cardinals in second round

WHITTIER – Former Rio Hondo College Roadrunner pitcher and 2012 Foothill Conference Baseball Player of the Year Andrew Morales is headed to the majors after being drafted by the St. Louis Cardinals.

The right-handed hurler, who had just completed his senior year at UC Irvine, was called up in the second round of the 2014 Major League Baseball Draft after he led the Anteaters to the College World Series. He received a $546,000 signing bonus.

Morales is ranked fourth in the country with 17 starts and 128 strikeouts. During his tenure at Rio Hondo, Morales earned the California Community College Baseball Coaches Association All-American and Pitcher of the Year awards, and won All-Foothill Conference first-team accolades in 2011.

“It was unbelievable, actually,” Morales told Sports Illustrated’s Redbird Rants regarding the draft. “(I’m) very blessed to have the opportunity; very thankful that the Cardinals believed in me to pick me in the second round. It was an awesome experience for (me) and for my family.”

Morales attended South Hills High School in West Covina where he was 8-2 on the mound as a senior. He helped guide the team to two league championships and a California Interscholastic Federation (CIF) Division 3 title. At South Hills, Morales also earned All-CIF first-team recognition and was the 2010 All-San Antonio League first-team honoree.

“It’s just very well deserving for a guy who works so hard,” said Rio Hondo College Baseball Coach Mike Salazar. “He was 21-0 his two years at Rio Hondo until the last game, and 10-0 in his first year at UC Irvine. In three years he was 31-1 and during that time, he stood by his sister as she overcame cancer. Through all that adversity, it is very good to see him succeed.”

During his career at Rio Hondo, Morales made 28 starts and struck out 135 batters in 182 innings. He logged three complete games and a save, and with an ERA of 2.42, he walked only 42 players his freshman year. By the end of his sophomore year, Morales had walked just 23, earning an ERA of 2.01.

“Andrew Morales follows in the steps of great baseball players who got their start playing at Rio Hondo College,” said Rio Hondo College Superintendent/President Teresa Dreyfuss. “The District is surrounded by great talent and it is an honor that they want to play with the Roadrunners. We are all very proud of Andrew and wish him nothing but the best in his professional baseball career.”

Other notable Major League players who got their start at Rio Hondo include slugger Evan Longoria from the Tampa Bay Rays and pitcher John Urrea, who pitched for the Cardinals and the San Diego Padres in the 1970s and ’80s.

Some may not know that Plymouth Congregational Church has an apologetic (rational defense of the Christian faith) ministry. Dr. Glenn Peoples of New Zealand is scheduled to address the matter in “Hell as an Apologetics Concern” at 7 p.m. on Tuesday, July 8, 2014 at the church, 12058 Beverly Blvd. in Whittier.

The Los Angeles Area Chapter of Reasonable Faith, which is sponsoring the event, believes hell is a hot topic right now, pun intended.

Traditionalists believe hell is a literal place of torment while others hold that non-believers are annihilated. Can we defend the goodness of God while proclaiming belief in a traditional view of hell? This talk explores how one’s conclusion about this influences one’s view of the task of apologetics.

Peoples is visiting from New Zealand where he has a wife and four children. He earned his Ph.D in philosophy from the University of Otago and is founder of www.rightreason.org as well as a published author and speaker.

After his talk in Whitter, Peoples will travel to the “Rethinking Hell” conference in Houston.

To get an idea of Peoples’ views on hell watch the podcast: http://www.rightreason.org/2008/episode-005-its-one-hell-of-an-episode/. 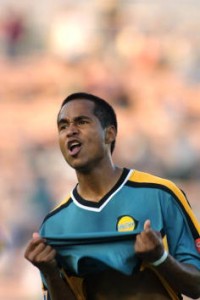 WHITTIER – It seems that every pub, restaurant and household in the United States has fully embraced World Cup fever, but did you know that Rio Hondo College has been a launching ground for some of the sport’s professional athletes?

The Rio Hondo Men’s Soccer program is one of the best in the Foothill Conference and Southern California. Coach Orlando Brenes, who is Costa Rican, has helped the Roadrunners win the conference title from 2002 to 2009 consecutively.

In the 2013 season, Brenes led the Roadrunners to a 13-5-5 overall record and a 7-1-0 conference record, clinching the Foothill Conference championship yet again.

“Many of Rio Hondo’s players have gone on to collegiate and professional careers,” Brenes said. “Soccer is by far the most popular sport on the planet. Because of that, scouts from around the world are always interested in players we produce here at Rio Hondo College.”

Marvin Quijano led the Rio Hondo Soccer Team to many victories while securing a slew of top honors, including All-Time Conference Most Valuable Player. He caught the attention of professional soccer recruiters and in 1999 Quijano found himself starting for the L.A. Galaxy. Quijano played for the Galaxy until 2002 when he began his tenure with the Colorado Rapids, where he finished his professional soccer career.

Luis Aguilar played on the Rio Hondo College Men’s Soccer Team in 2002 and 2003. In 2004, he transferred to the University of San Francisco where he completed his collegiate career in 2005 after winning back-to-back West Coast Conference (WCC) Division I titles with Second and First Team All-WCC awards. He has played with the Ajax Orlando Prospects of the United Soccer Leagues (USL) Premier Development League, the California Cougars of Major Indoor Soccer League and San Francisco Seals. In 2007, he signed with the USL First Division expansion team, California Victory, and later the Montreal Impact, where he made the starting squad for the playoffs.

“Our athletics program is definitely a crown jewel for the College,” said Rio Hondo College Superintendent/President Teresa Dreyfuss. “Men’s soccer, particularly, has a long and illustrious record of producing quality teams with quality players who go on to play on the world’s stage.”