Keep Whittier united: Vote ‘no’ on Measure W on June 3 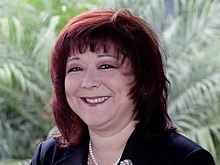 Last year, speakers at a Whittier City Council meeting challenged the city’s long existing at-large voting system as a claimed violation of the California Voting Rights Act. They requested that the city change to a district-based election system. No changes can be made to the City’s Council election without a change being made to the City Charter. This requires a vote of the “People of the City.”

On Tuesday, June 3, 2014, citizens of Whittier will decide whether or not to create City Council Member Districts. If this measure passes, the city will be divided into four districts of equal population and Council Members from each of these districts will be elected only by voters who are residents of that district.

Last year, speakers at Council meetings stated that districts would benefit under-represented minorities who can’t seem to get representatives elected in the current at-large voting system. As an American of Hispanic descent, I strongly disagree with this premise. Having lived and worked professionally in the City of Whittier for more than 20 years, I have never experienced bias in Whittier, neither personally or professionally as alluded to by the Latino Coalition.

Whittier is a vibrant and historic community, rich in diversity with many ethnicities represented throughout our beautiful city. More than 50 percent of those elected to local Whittier School Boards are Hispanic. We the people voted for these trustees based on issues that are important to us, not on their gender or ethnicity.

Sylvia Granados Southerland is former president of the Whittier Chamber of Commerce and is an L.A. County Consumer Affairs Commissioner

A needed victory for religious freedoms

I was greatly encouraged today by the decision of the U.S. Supreme Court upholding public prayer in Town of Greece, NY v. Galloway. This is an important decision that will have a positive impact on our work in a number of ways.

The case concerned invocations offered before the start of city council meetings in a suburb of Rochester, New York. As they have done all over the country, anti-religious activists filed suit, claiming the prayers were unconstitutional because they were predominantly (although not exclusively) Christian, and many were offered in Jesus’ name. This is the same type of battle we have fought on many occasions here in California.

In a 5-4 decision, with the majority opinion authored by Justice Kennedy, the Supreme Court resoundingly rejected the claims made by these plaintiffs and upheld prayers before council meetings. This decision specifically rejected the notion that feeling offended was the same as being coerced (a claim we’ve heard in many cases that PJI has defended). The Court also disagreed with those who for many years have insisted that only the most generic prayers, without the name of Jesus, are appropriate.

The good news doesn’t stop there! In today’s ruling, the Court sent a clear signal that it was not interested in listening to other atheist complaints about the Pledge of Allegiance, inauguration prayer, or other time-honored traditions. (You may remember that PJI successfully defended Dr. Rick Warren and Dr. Joseph Lowery, Jr. a few years ago when their inauguration prayers were challenged by atheist Michael Newdow).

Friends, this is some of the best news we’ve had in awhile, and it’s worth taking a moment to celebrate. There are many other good takeaways from today’s ruling, and our legal team is closely analyzing each aspect of this decision. Of course, we know that those who are determined to destroy our nation’s religious heritage are plotting their next move. Already, anticipating a loss in this case, they have begun attempting other legal strategies to attack public prayer. We are preparing to meet these challenges head-on, and I hope you will join us in our efforts.

Since today’s decision overrules prior bad precedent in California, we want to make sure that pastors and local elected officials have the most accurate information (which you and I know they won’t get from the mainstream media). Please help us spread the word by making sure that your church and local leaders are connected to PJI and are getting the best legal analysis that promotes and protects our religious freedoms. Feel free to forward this e-mail to any such leaders who would benefit from it. Our attorneys would be happy to discuss in more depth this important victory with any pastor or elected official.