Stephen is described in the Book of Acts in simple but profound terms:

“Full of faith and of the Holy Spirit.” He boldly

proclaimed the Gospel to all who would listen.

Skeptics came to argue against him, but none could defeat him.

Finally, in boiling anger the Jews dragged him before the Sanhedrin,

the religious court of the Jewish people.

Throughout the accusations brought against him, Stephen

remained calm, his face shining like that of an angel.

Stephen answered all their charges and confidently showed

how the Old Testament, the Hebrew Scriptures, pointed to

Jesus and declared Him to be the Messiah. It was

more than the religious Jews could stand.

They covered their ears, screamed at him, and eventually stoned him to death.

Stephen was only following the example of his master.

Shortly after His resurrection, Jesus appeared to two men traveling on the road to Emmaus. When they expressed confusion about what had happened to Jesus on the cross, “beginning at Moses and all the prophets, he expounded to them in all the scriptures the things concerning himself.”

The Lord never expects you to follow Him blindly.

He gives you the light of His Word as evidence for faith.

Faith doesn’t make anything happen, faith rests on something that has happened!

My soul finds rest in God alone; my salvation comes from him.

Renovations put the ‘rad’ in Radisson 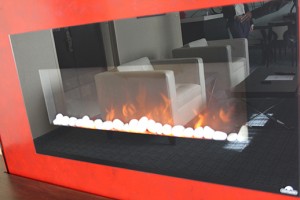 A faux fireplace stands in one of the parlor residential units at the 202-room Radisson Hotel Whittier. The property recently underwent a $6 million renovation. 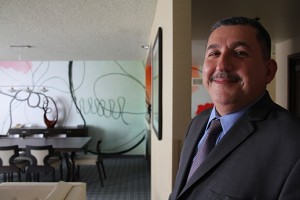 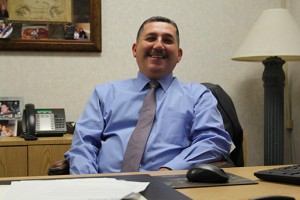 Electoral change could be a good thing

Dear sirs:
When we listen to the thoughts of others we have the opportunity to reduce our mistakes. Our differences lead to growth. Everyone likes the idea of progress, but few people like the idea of change.
As a city, we should cherish and honor the chance – the opportunity – to head in a new direction. There are changes facing Whittier and some of us might not have as much control over these changes as they would like. We only have control over ourselves.
Never expect everyone to agree 100 percent with you. I don’t. Other people have ideas and thoughts just as valid as yours.
To recognize this makes one a mature, civilized member of society and elevates the level of our civilization and our society.
Some people are worried about the change to our electoral system here in Whittier. Does not change reinvigorate us as a city? The issue is not about voting rights … the issue is what is fair and equitable for Whittier as a whole.
We must not place limits on ourselves and what is possible. We must break up some of our restricted thinking. Let’s choose the direction we want to go as a city and turn our dreams, hopes, ideas and thoughts into possibilities. Don’t let changes made by others disturb you.
A new electoral system could bring Whittier back to life. It could make us vibrant once again. But changing our electoral system is a public endeavor. People have to get involved.
When I see our car dealerships, our markets such as Albertson’s, and other businesses that have given up on Whittier reduce our local sales tax revenue it is only logical to believe that to remain financially strong and to sustain our fiscal growth we need to make a change.
We need to make that choice – that decision – in our June 2014 special election that fits our needs.
God bless America, pray for and thank our active troops and our veterans, and think positive about the future of Whittier.