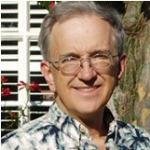 Reflections stirred on the loss of Mandela

In early December, 2013 the world lost a noble presence. Nelson Mandela died at age 95. An AP article described him as “South Africa’s first black president, who spent nearly 30 years in prison, and was a global symbol of generosity and sacrifice.”

His death was mourned by not only many in Africa, but by people all over the world. Many see in him a man of remarkable forgiveness, integrity, sacrifice and graciousness

The worldwide honor and praises given him bring to me fresh spiritual reflection and insights.

The Praise Due To Jesus

Nelson Mandela was born and grew up in the nation of South Africa, a country dominated by the practice of apartheid. This is a policy of strict separation of races, black and white. The result was that much power, and privileges went to the ruling white minority. It was an oppressive practice which distorted life for both blacks and whites. Growing up, Mandela got some schooling from Christian missionaries.

As a young man, Mandela joined those protesting the unjust practice of apartheid. When he became disenchanted with peaceful rallies and songs, he thought more forceful practices had to be used. He was arrested and convicted of attempted sabotage against the government and ended up spending 27 years in prison.

So why all the tribute? Mr. Mandela had become an articulate symbol for the struggle for dignity, human rights and freedom for people in South Africa. When world pressure to end apartheid mounted over many years, Mandela was released from prison. Then in the first election that included voters of all races, he was elected President in 1994 by a landslide.

Here is a man who rose from 27 years in a prison to become not only president, but the leader who helped uproot apartheid to plant a fresh democracy in a troubled nation.

Following Mandela’s death, our president spoke these words, “And we have lost one of the most influential, courageous, and profoundly good human beings that any of us will share time with on this Earth.”

One thing that made Mr. Mandela great was that he insisted that his country had to be black and white, with equal opportunity for all, based not on the color of one’s skin but the content of one’s character.

In the movie “Invictus,” this attitude is illustrated by what Mandela does when he assumes power as the first black president of South Africa. The movie depicts him seeing all the white office workers in their offices packing their bags. The staff assumes they will be sacked. In the film Mandela gathers them and says, “I could not help but notice the boxes and the packing. If you don’t want to stay, then that is your right. And if you cannot work, it is better if you do leave. But I want you to know that if you fear that your language, skin color or previous employer will cost you your job, do not fear. The past is the past.

“We need your help. If you would like to stay, you would do your country a service. All I ask is that you work to the best of your ability and with all your heart. I will do the same.”
In December I found myself stirred by the outpouring of fondness, love and adulation for this man. I experienced a deeper sense of the praise due to Jesus who is the Greatest of Greats. Look at Jesus. He is beyond fame and is proclaimed the Son of God, the Son of Man. How amazing to hear that God sent His only Son, to our mixed up, muddled, murky world! The purpose was for Jesus to bring reconciliation for our whole world. 17 … if anyone is in Christ, he is a new creation; the old has passed away, behold, the new has come. 18 All this is from God, who through Christ reconciled us to himself … 19 that is, in Christ God was reconciling the world to himself, not counting their trespasses against them… (2 Cor. 5).

Christ acted to give life, not just to one country but to the whole world. And to each individual! In him our promise is that anyone who calls upon the name of Jesus can be saved and can be made right before the eyes of God.

Jesus was not only profoundly good, He was utterly righteous. He was filled with the presence of God. When the apostle Peter told the centurion Cornelius about Jesus, he shared how God anointed Jesus of Nazareth with the Holy Spirit and with power; how he went about doing good and healing all that were oppressed by the devil, for God was with him…. (Acts 10)

Jesus brought more than political liberation and freedom from earthly tyrannical oppression. He brought freedom to all who will trust in Him. He said, “Truly, I say to you, everyone who commits sin is a slave to sin. 35 The slave does not continue in the house forever; the son continues forever. 36 So if the Son makes you free, you will be free indeed. (John 8)

With a fresh appreciation, I see that although there are great men, here is the One that deserves all our praise. This is the one who came to be with us to show us God and to change our world by bringing to you and me freedom, dignity and eternal life — Jesus Christ.