A solution for our parks problem? 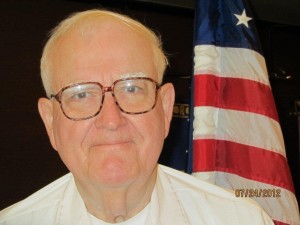 When I moved here 50-plus years ago, Whittier was building out as a bedroom community serving the industrial enterprises all over Los Angeles and Orange counties.

It had some parks, lots of trees, and many ranch houses. The CCNRs where I bought a house in Mar Vista Heights specified ranch houses only. As time went on, there were some parks added, most notably Palm Park, Leffingwell Park and Hellman Park. Many of the parks were improved, especially Parnell Park.

The population, however, expanded rapidly from about 60.000 to 100,000 people, and today, many of the parks can be seen to be quite crowded. On a holiday, Michigan Park has so many cars that they overflow into the local neighborhoods. A parking limitation has been set up for Hellman Park, etc.

In the longer run, there is not much room in Whittier for more parks and some of the new construction of three-story townhouses even has been relieved of the requirement to put up money for more parks because there is no local land. This is obviously one of the sticking points in the ongoing Nelles negotiations where the most recent plan is for more or less 10 residences per acre with no real parks for soccer or tennis or picnics.

As luck would have it, in the early 1990’s various oil fields next to the city became available and were purchased by the city using county park funds known as Proposition A funds. A committee was organized by the Parks Department in 1993 to figure out how to manage the park.

Quite a few thousand acres were ultimately involved, and the committee came up with a management plan for the park’s use by hikers, horses (not overnight), and mountain bikes. Some moneys became available and the Park, renamed a Preserve, started to operate. In about 2007, it was decided by the city to lease some of the park to an oil company for a proposed 60 oil wells.

This set off a fracas among the citizens and resulted in several lawsuits that ultimately resulted in preventing the oil drilling in perpetuity. Meanwhile, the Puente Hills Landfill closed which impacted the operation of the Preserve. It is hard is get the latest data but as many as 300,000 people a year are reportedly using some part of the Preserve for recreation. It is convenient to approximately 500,000 people.

As things have come out in the last few years, the move by OPEC to manipulate the oil market intended to drive out the frackers and retain OPEC’s market share is working and they say they will continue it for eight more years. Earlier estimates are that the oil wells in the Preserve would have been in tertiary production producing oil at $70 per barrel in the face of the current market prices of $45 per barrel.

The royalty-based deal that the city had with the driller would have been worthless and the driller besides would have had to invest big money in the wells.

So it would seem that the solution to the problem of too few parks is at hand: use some or all of the Preserve for a city of Whittier or L.A. County park. In some more distant time, the Preserve could become part of the slowly happening San Gabriel Mountain National Forest / Monument / Park.

But for now, there is a need for more recreational areas for Whittier. These areas need not interfere very much with the wildlife in the Preserve who think nothing of leaving the Preserve. Deer, raccoons and coyotes are seen all over Whittier already.

There are seven gates to the Preserve and a sensible place to start would be those gates that have an area internal to the Preserve that offers parking that will not bother neighbors. Hellman Park is probably a candidate. Another one is the top of Turnbull Canyon Road where at one time a cemetery was planned. Probably the most developed is the entrance at the Catalina Gate where the oil trucks were to go.

There is a good space there for picnics and access under Colima to the Preserve east of Colima. Another place that might work is the Savage Canyon which is currently the dump but which someday will be full.

In general, access is better on the Whittier side than on the Hacienda Heights side but many of the streets that end at the Preserve cannot support parking inside the Preserve. At one time, the oil field roads were to be converted to trails but the old roads were kept in consideration of oil drilling. Now they might be considered to be like the roads in Griffith Park which are getting an international reputation.

When the original committee was done with the management plan, we were all allowed to take our cars onto the existing roads in the Preserve for one afternoon. Some of these were quite steep and dangerous requiring good redesign for park use.
In the long run, those areas near a well-designed system of parks should greatly build up the real estate values in the neighborhoods nearby just as the Los Feliz area has been built up by Griffith Park.

Careful design must be done to avoid some of the problems of traffic in Griffith Park like Christmas light shows, miniature railroads, the planetarium, the zoo, etc..
If the park is to be useful, there must be shade especially as global warming continues.

This indicates trees and in the original plans these trees would have been Valley Oaks and California Sycamores. As the ambient temperatures rise, other trees may have to be considered. One that is naturally thriving is the Modesto Ash. Areas of sagebrush might be nice.

There must be some form of irrigation for the trees but gray water may be a solution. Obviously there will need to be labor from the Park Department, perhaps not for the expert grooming that they do to the current parks. In addition, fire protection for the city should be paramount.

I was here the last time it burned and it was scary. The adobe, hot water deposits and rocks underlying areas of the park may also offer problems.

So, what should be done? The existing city management has not done much for the last 20 years when they were handed a management plan by the citizen’s committee. The current parks budget is probably quite limited. It would seem reasonable for another citizen’s committee to re-examine the problem.

Is there really a need? Is there really too little parking? Where should we start? Who should own the park, the city or the county? What should be the interface to the Preserve? How long will the park be open each day? How will it be patrolled? Will Hacienda Heights and other involved cities have a say? What will we name the park? Will other parks follow?

We cannot move on all the possibilities, however, there may be enough money in the city budget to start one park. Maybe some developer could be the source of some funds as part of a future development. ($5 million was excused as I remember for the Gables development.)

Perhaps the county parks department could suggest a county park as nice as the one in La Mirada (but no golf course). The best part of our situation is that the land is already purchased by the city using county funds.

The future of Whittier is at stake. Will it be a bedroom town with trees and parks and space or will we allow apartment buildings like the Mosaic Gardens to be built right to the sidewalk in the manner of Hong Kong. Will we line the streets with three-story townhouses that are 20 percent stairs in the name of getting 100 people to live on one acre so as to maximize rent?

If the city and the county will not move, maybe it is time for the citizens to organize the effort and then get some management who can get the job done.

If anybody would like to talk more about this, I am available most of the time at 562-696-4886 or eulbrich2@verizon.net. I have enjoyed parks since 1937 starting in the local parks and then the Forest Preserves surrounding Chicago.

I could pursue the suggested committee but my age and health indicate that a younger person will have a better chance to get things done. I read that there are now 75 million people in the millennial generation; maybe they could do it.

The first citizen’s committee was managed by the Whittier Parks Department. They should be interested because most in places that is part of their job description. Their success on the Greenway Trail should point the way.

Irv Ulbrich is a 50-plus-year resident of Whittier and a founding member of Whittier Hills Oil Watch.