The photography of photo artist Christine Sneddon is currently on display at the Whittier City Hall lobby, 13230 Penn St.

A free public reception to meet Sneddon and learn about her work will be held from 5:30 to 6:30 p.m. on Tuesday, Jan. 26. Sneddon, a Whittier resident, photographs a variety of subjects.

“I’m a lover of all things photography and a contributor at Shutter Sisters, a photo-centric website for women who love to ‘shoot from the heart’” Sneddon said of her art. “Through my photography, I like to believe that I’m a ‘maker of smiles, a teller of stories and a giver of love.’ I believe we all bring our own medicine to the world. My medicine is my photography.”

The free exhibit will be held through February 19 during the regular City Hall hours of 8 a.m. to 5 p.m. Monday through Friday.

For more information on the exhibit, reception or the City Hall Lobby Art program, contact Parnell Park at 562-567-9450 or ehamilton@cityofwhittier.org.

Whittier a city of selfless volunteers

By Tim Traeger
Editor
411whittier.com
Whittier is a giving town by its nature, and seven of its most dedicated givers will be 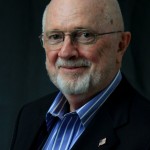 honored by the City Council beginning at 5:30 p.m. on Tuesday, Jan. 12, 2016.
Based on nominations to the Social Services Commission the seven chosen for this year’s 2015 Volunteer Recognition Program include Roger Stoltenberg (SPIRITT Family Services); Robert Chavez (Hillcrest Festival of Fine Arts); Dorothea Cummings (Assistance League of Whittier); Marlene Flores-Avila (Activate Whittier/YMCA); Lee Isaac (Whittier Senior Center); Maurice Meyenburg (Rio Hondo Symphony) and Margaret “Margie” Taylor (Whittier Senior Center).
Belin Hernandez, a recreation specialist with the city, said winning volunteers are chosen based on nominations submitted to the city. Each has to be a nonpaid asset to a nonprofit organization serving the city of Whittier.
“One distinctive of Whittier and which sets Whittier apart from many Southern California communities is its tradition and culture of volunteerism,” said Mayor Pro Tem Joe Vinatieri. “Volunteers do the things that government either doesn’t want to do or can’t afford to do. In Whittier we are blessed with so many wonderful people who volunteer for so many different needs in our city. So it’s very important that we as a council recognize all our volunteers and set out special recognition every year.”
For Stoltenberg, who at age 79 has devoted more than 40 years to the nonprofit sector, serving on the SPIRITT Family Services Board since January 2000 – the last 13 as its board president – his spirit of giving came from his late wife of 57 years, Doris.
“She was the wind underneath my wings so to say,” he said.
Elvia Torres, executive director of SPIRITT, said, “We are so proud of him and delighted that his volunteerism and huge heart are being recognized.”
In addition to his SPIRITT service, Stoltenberg has served as chairman of the Leadership Board of Special Olympics San Gabriel Valley and as chairman of the host city of Whittier during the recent Special Olympics World Games.
Assistant City Manager Nancy Mendez said there will be a reception for the group at 5:30 Jan. 12 at City Hall, 13230 Penn St., followed by official council recognition at 6 p.m.

Heat up your winter with a sizzling “Latin Night” at Club Parnell starting at 6 p.m. on Friday, Jan. 22, featuring the Bachata, Salsa and Cha-Cha.

A community dance night is offered on select Fridays at Parnell Park, 15390 Lambert Road, and the Parks and Recreation Department plans a variety of dance nights for the winter season.  Learn different dances each evening with Rudy and Maria Hernandez, the dance professionals famous for “Dancing with the Whittier Stars.”

Registration and social begins at 6 p.m. and lessons start at 6:30 p.m., followed by a dance party until 10 p.m. for participants to enjoy their new skills, as well as learn other dances.  Light refreshments will be provided.  The cost for each evening is $10.