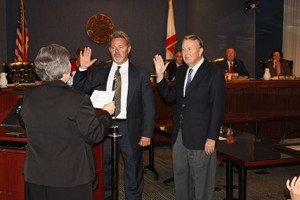 Sadhu Sundar Singh was born into an Indian family of high caste.

to follow Christ, they said, “You have broken caste. You cannot

live here any longer.” They immediately banished him from their home.

left his home, clad in only his insubstantial Indian robes. He sat

under a nearby tree all night, soaked to the skin. He said that he

felt so radiantly happy, however, that he forgot any physical

discomfort. He had the freedom to travel throughout the region

He became known as the apostle of India. Once, he went into

Tibet, where he was arrested, put into a pit, and branded with irons.

He bore those scars the rest of his life. While speaking in England

he said, “I am going back to do what I have done. I am quite aware

of the cost.” Some time after his return, he disappeared and appears

to have suffered a martyr’s death.

the gospel. His position in Christ was not only marked by the privilege

of eternal life, but by the responsibility to serve others and share

Rank does not confer privilege nor give

“For everyone to whom much is given, of him shall

much be required; and of him to whom men entrust

much, they will require and demand all the more.”

A festive evening of delicious food, wine tasting, silent auction and drawings are in store for the Rio Hondo College Foundation’s “A Taste of Rio” event at 6 p.m. Friday, May 2, 2014.

As tasters 21 and over will make their way through the plethora of tasty treats, they will also have the opportunity to bid on several items provided by A Taste of Rio supporters and win prizes during the opportunity drawing.

All proceeds will benefit the Rio Hondo College Foundation, which assists the college in meeting its commitment to educational excellence and access.

Parking is free in lots B and C at the college, 3600 Workman Mill Road in Whittier.

Friends, go to 411whittier.com to read this letter since it won’t be printed or published in the Whittier Daily News.
When Jim Corbett defeated the popular John L. Sullivan for the world heavyweight boxing championship, the crowd booed the younger boxer and there was almost a riot. Big John L. walked over to Corbett and shook his hand. Then he put his arms around the younger boxer and told the boisterous crowd, “He won fair and square.”
Makes one think of our recent Whittier City Council election. The ghost of the Terminator says “I’ll be back” instead of being gracious in defeat.
It’s good to stay in a competitive mood and to know that change and growth are possible. You might not be No. 1 yet but take pride in where you are, what you have accomplished, and know that growth is possible. You have more to offer than you realize.
Not everyone looks at a situation as you do. Just because someone thinks differently does not mean you are being opposed, it’s OK to have different values and different viewpoints, but, at the same time, we should care about the success of others.
Mark Twain said, “Keep away from people who try to belittle your ambitions. Small people always do that. But really great people make you feel that you, too, can become great.”
Color your thinking. Think great instead of “that will do.” Think a 24-7 homeless shelter. Think Whittier in another Rose Parade.
Congratulations to Bob Henderson and Fernando Dutra for their election victories. Congratulations to our new mayor and our new mayor pro tem.
God bless America, pray for and thank our veterans and our active troops, let’s have a higher-than-1-percent voter participation on June 3 to amend our city charter, and … Happy Easter Whittier.
Arthur Rock
Whittier

The story is told of two Christian men who once had a “falling out.”

One heard a rumor that the other was speaking against him, so he

went to him and said, “Will you be kind enough to tell my faults to

my face, that I may profit by your Christian candor and try to get rid

The other man replied, “Yes, I will.”

They then went aside from the crowd and the first man said, “Before

you commence telling what you think wrong in me, will you kneel

with me and pray, that my eyes may be opened to see my faults as

you cite them? You lead in prayer.”

and when he was finished, the first man said, “Now, please proceed

The second man said, “After praying over it, it looks so little that it

is not worth talking about. The truth is I have been serving the devil

myself, and have need that you pray for me, and forgive me the

wrong I have done you.”

The things are admirable: to speak the truth to another person with

love, and with love to seek the truth from one who will be honest with

you. In speaking the truth, we often hear the very truth we need to hear,

from our own lips. In seeking the truth, we often gain a friend.

The trouble with most of us is that

we would rather be ruined by praise

than saved by criticism.

If you profit from constructive criticism you will

be elected to the wise men’s hall of fame. But to

reject criticism is to harm yourself and your own

A native of Fullerton, Mattis graduated with distinction from the United States Naval Academy in 1994. He received Naval Nuclear Power and Submarine training before reporting to the fleet in February 1998 and qualifying in subs in January 1999.

Guests are welcome to attend. Social time and breakfast begins at 7:15 a.m. with the talk to follow at 8 a.m. There will be a charge for breakfast, but no charge for the program only.

Sharing ideas helps us make better decisions. Let’s try a new experience. Let’s grow and develop.
Avoid trying to convince anyone that you are right. People will believe what they prefer to believe.
Once we realize that something no longer works for us, we should get rid of it … such as our current electoral system. Today’s cleaning is tomorrow’s triumph.
Share your vision with others. Don’t sell yourselves short. Be proud of all you have accomplished and experienced. It’s fine to follow your dreams, but be honest about your intentions. Don’t make any false promises if you want to continue to get the necessary help to reach your goals. Focus on collaborating with people. God always gives us the time to do the things that really matter. Have you ever noticed that when you don’t have enough to do that time stretches out in front of you?
Don’t judge people by their age but by what they do, which will be surprisingly different from what you’d think they would be able to do based on their age. After his seventh straight term one would think Bob (Henderson) would seriously consider retirement in his golden years. For a job that doesn’t pay much it’s sure funny how people keep wanting to get re-elected.
Fernando (Dutra) is a different story. He was never elected. He was appointed. The past two years he has shown us he is capable of serving us as a duly elected member of our City Council.
God bless America, pray for our troops and our veterans, and don’t forget to vote on April 8.
Arthur Rock
Whittier